For Salvatore Toia The Windy City sports are some of the greatest, historical, and most exciting in the nation.

After the big celebration of the Cubs winning the World Series, Salvatore Toia now holds high hopes for his other major sports teams including this year's Bears. 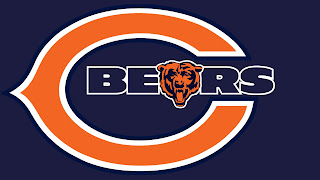 The Bears entered 2016 with hopes of improving upon last season's disappointing 6-10 record. Gone from last year's team include placekicker Robbie Gould, running back Matt Forte and wide receivers Martellus Bennett and Marquess Wilson. Jeremy Langford, who rushed for 537 yards last season take over the bulk of the ball-carrying responsibilities. Jay Cutler's new targets include Eddie Royal, while Connor Barth takes over for Gould. A key returnee on defense is the team's leading pass rush, Lamarr Houston, who recorded eight sacks last season.
Salvatore Toia witnessed the 2016 regular season get off to a pretty bad start at Houston. The Bears lead 14-10 at the half before the Texans dominated, defeating the Bears by the score of 23-14. Jay Cutler threw for 219 yards but completed just 16-of-29 passes, while Jeremy Langford gained a respectable 57 yards on 17 carries and a touchdown. Alshon Jeffery led the Bears with 105 yards on 4 receptions.
Looking ahead, the Bears have a Monday night showdown at home against the Eagles, who had an excellent showing from rookie quarterback Carson Wentz in their win over Cleveland. Following the Eagles are games against the Lions and Cowboys, all winnable games, but all that could throw a monkey wrench into the Bears’ plans should they show up unprepared.
Salvatore Toia believes that the test for the Bears will be the following five games against the Colts, Packers, Buccaneers on the road and the Jaguars and Vikings at home. Only the Jaguars is a game where the Bears are likely to be favorites.
Coming down the stretch the Bears take on division rivals Green Bay, Detroit and Minnesota, as well as games against the Giants, 49ers, Titans and Redskins.
Assuming the NFC North goes through Green Bay, which is likely as long as Aaron Rodgers is at the helm, the Bears playoff hopes hinge on the arm of Cutler and a defense which ranked just 20th in the league in points allowed last season.
The Bears get some help with the season-ending injury to Vikings quarterback Teddy Bridgewater, making a second place finish in the division that much easier.
Put all the pieces together and Salvatore Toia expects a tight battle for second, third and fourth in the division behind Green Bay. An improvement to 8-8 isn't out of the question for the Bears, but it may not be enough to propel them into the 2016 postseason.

For more exciting content on Illinois Sports, check out Salvatore Toia on Tumblr: http://salvatoretoia.tumblr.com/.
Posted by Unknown at 10:44 AM No comments:

Email ThisBlogThis!Share to TwitterShare to FacebookShare to Pinterest
Labels: Bears, NFL, salvatore toia, things to do in the windy city
Home
Subscribe to: Posts (Atom)